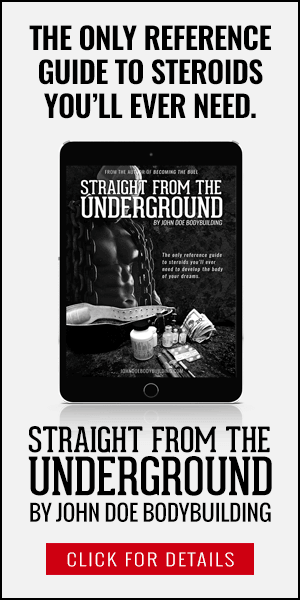 Get a free sample product

TB 500 Review: Benefits, Side Effects and Where To Buy

THE COMPLETE GUIDE TO TB 500

Recently, the term TB-500 is being passed around more and more in gyms. It has become one of the most essential products in a pro bodybuilder’s stack.

But what does TB 500 do? And why has it become so popular?

Simply put, TB-500 is the synthetic (artificial) version of a body peptide called Thymosin Beta-4. As such, it possesses all the properties of the organic protein, thus making it an especially special supplement for people looking to maximize their gains.

TB-500 is quite popular in the animal racing world as it not only enhances the performance of the animals but also helps reduce their risks of developing injuries. Nonetheless, humans can also derive some of its benefits, as well.

This article will discuss everything you need to know about TB-500 to help you decide whether you should incorporate it into your supplement stack.

Researchers from the Albert Einstein College discovered the Thymosin class of peptides in the 1960s. They then embarked on studies that aimed to understand the impact of the peptides on immune system development in vertebrates.

They soon discovered that Thymosin had the remarkable ability to speed up the rate of recovery and restoration of damaged tissues in animals. However, since animals produce the peptides in small amounts, the researchers developed the synthetic version of the protein, which is now known as TB-500.

The effects of the compound in the human body are similar to those of the growth hormone (HGH). They include:

People who have used TB-500 to treat wounds have reported having used a lot less time to recover from their injury. In fact, TB-500 is one of the most effective medications for the management of long-term or chronic injuries. Additionally, TB-500 has also been shown to be beneficial in the treatment and management of the athlete’s heart, which is a serious condition that is characterized by damage to the heart’s tissue.

In animals, TB-500 has been found to have numerous benefits as well and has been used in the treatment of various ailments in mammals. Some of these benefits include:

The benefits of the compound notwithstanding, it is vital to understand how TB-500 can achieve all it does. This is what is going to help you determine whether you will want to use it or not.

One of the ways in which TB-500 achieves its objectives is through the upregulation of cellular proteins that are in charge of building and repairing tissues. Upregulation implies that the body becomes more receptive to the actions of the proteins/hormones.

Actin is one of the hormones that gets upregulated by TB-500. When actin is upregulated, it increases the rate of several cell processes, such as cell migration, cell reproduction, and cell growth. Actin’s actions on your cells are especially useful when it comes to building the pathways for your blood vessels. Additionally, your body also benefits from an increase in positive inflammation, which signals the body that it needs to direct healing compounds to the injured site of the body. In this case, it could be the muscles that you are working in. This fast response means that your muscle growth rate will also be enhanced.

TB-500 has a unique structure that makes it have a very low molecular weight. This makes it very mobile and versatile, thus being able to travel long distances in very short periods. This means that it can reach the stressed parts of your body in a brief period to kick start the healing and growth process.

Why is TB-500 Used in Bodybuilding?

So far, you can easily deduce why some bodybuilders have a vested interest in the compound. Just as with racing animals, using the substance helps your body repair itself at a much faster rate than it does naturally. To an athlete or bodybuilder, this means that they will be able to push themselves harder and more frequently without risking overtraining since the body’s rate of recovery has been heightened.

What is the Appropriate TB-500 Dosage?

As mentioned earlier, Thymosin works to seek out all the problem areas inside your body. It does this by upregulating actin, which is a fast-traveling protein that works to promote healing once the problem spot has been identified. TB-500, the synthetic version, also triggers the same effect.

However, due to the rapid speed at which actin travels, you don’t necessarily need the same dose each time you use the supplement. This is because, once you have elevated levels of Thymosin in your system, the production of actin will also be higher, thus sustaining its actions on the healing process for more extended periods. As such, you may not have to take your TB-500 in perpetually high doses, and neither will you need to use it frequently.

Moreover, since there are no clinical trials on the use of TB-500 in humans, it is difficult to determine what the appropriate dosage is. However, in bodybuilding circles, the most common dose is around 10mg per day for about two to three days every week. It is recommended that you lower that dose to 5mg after a couple of weeks, as you will already have sufficient amounts of the protein coursing through your system.

You can also use TB-500 for maintenance purposes. This means that you are not regularly subjecting your body to high degrees of physical stress. If this is the case, a small dose of about 2mg every few days should be enough.

As such, the most appropriate TB-500 dosage is different among everybody. The amount of wear and tear that you put your body through is what will determine the ideal dose for you. Therefore, you might have to take yourself through a couple of trial and error tests.

TB-500 is commonly taken through injections, as they are the best way of getting the substance into your bloodstream. If you do not like injections, you can opt for the oral liquid that is designed to be rapidly absorbed by the body.

As peptides and SARMs gain more traction in the fitness industry, there has been a mushrooming of vendors claiming to have the best products. Nonetheless, most of these vendors are just businesspeople looking to make a quick buck.

This is why you should research all the vendors that you come across. Read reviews about them, but don’t rely on those that you find on their websites. Instead, check for customer reviews online. If the vendor that you are interested in has mixed reviews, it is best to look for another who has a better customer satisfaction rate.

Do not base your decision just on the price. You might get counterfeit products that might not only fail to give you the benefits you are looking for but might also put you at risk of severe side effects.

As mentioned earlier, clinical research on TB-500’s effects on humans is still limited. This is because the compound has been extensively used in horse racing to prevent injuries and muscular adhesions in animals. However, the product has been found to elicit the same benefits in humans as well.

Users have reported recovering faster from both injuries as well as workout sessions. They have also noticed dramatic increases in their endurance levels as well as physical strength and muscle growth.

Consumer reviews on the product are mostly positive, meaning that TB-500 is indeed living up to its promises.

If you are looking to enhance yourself physically or are looking for a solution to help aid your chronic pain, then you might want to check out this product.

Bluesky Peptides Review: Should you buy your peptides here?